The Draft: It’s What Makes The League [Slightly Strategic]

I have friends who are all about trades. I have other friends who stake their reputation on the waiver wire.

But for me? Ah. The draft. It’s what makes the league, really.

My first year in the WBL was 2007. My wife and I had married the summer before and, like it or not, there was a feeling of missing some of my individuality in that first year. Chalk it up to overcompensating toward us.

I had played fantasy baseball previously, though never whole-heartedly. It was always online drafts, rarely any interaction during the season, never for money.

The WBL was different. It was a$100 buy-in league. Big money for a guy in college for the second time. But what made it a truly different experience was the draft.

The WBL draft fulfills every stereotype about fantasy baseball, and that’s what I love it.

The winner of the previous year hosts the following year’s draft. All six drafts since I’ve been in the league have been at the winner’s parents’ house. [1]

The draft board goes up on the wall and when a player is drafted, his manager writes his name or sticks his sticker up in the slot.

My wife rolls her eyes when I talk about bringing the trophy home someday, but that just makes me want it even more.

Yoo-hoo. I didn’t know the connection to the original rotisserie league until recently, but I love Yoo-hoo, so I’ve never questioned it. 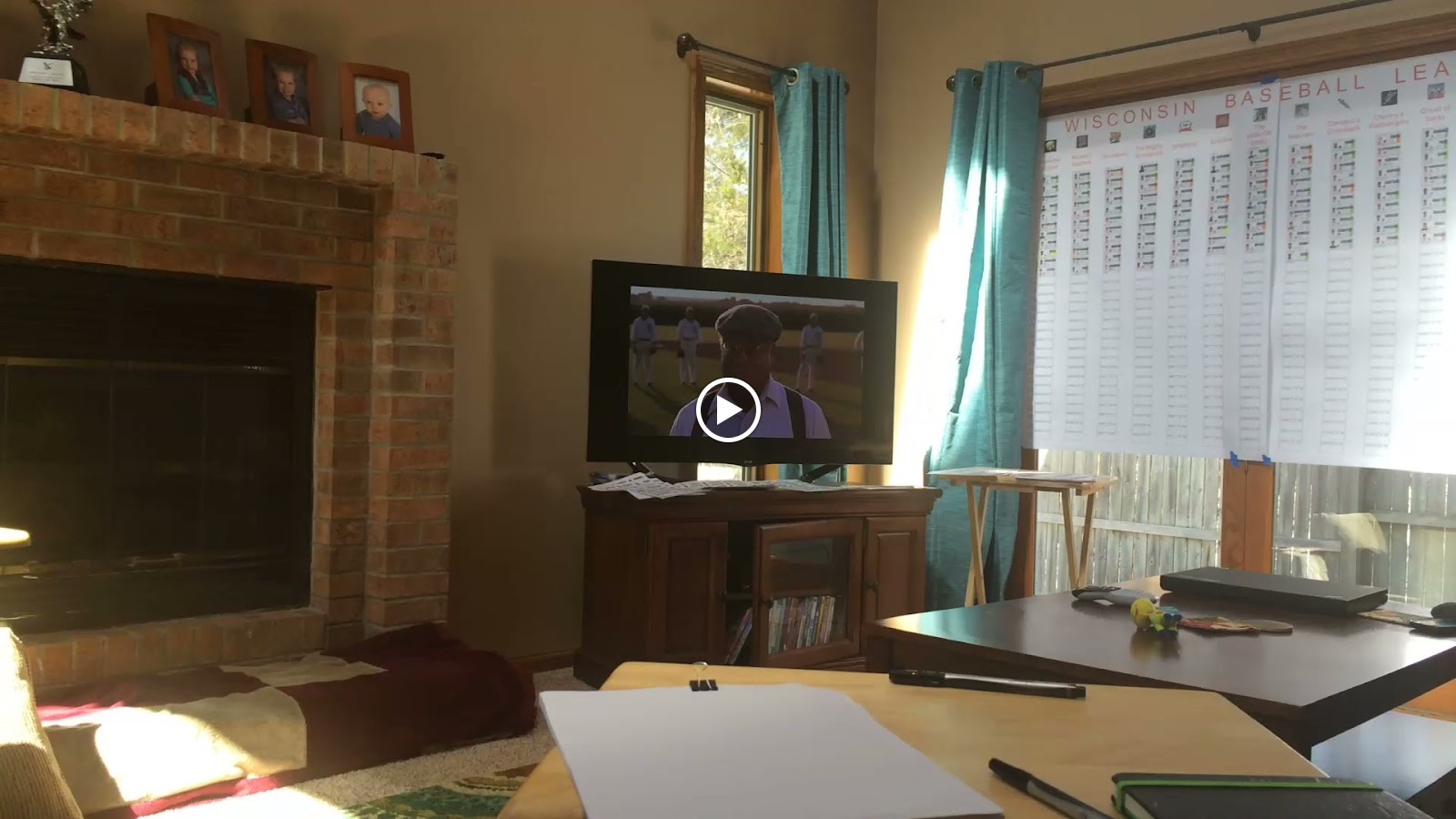 We’ve hit a groove with the movies we watch during the draft. Benny “The Jet” Rodriguez steals home, Ray Kinsella plows up his cornfield, Roy Hobbs destroys a light pole. As much as I find The Natural to be the most unintentionally hilarious movie I’ve ever seen, I’ll gladly watch it once a year on draft day.

Without the live draft, I would have dropped out of this league by now. I would have lost interest, never really having a chance to get to know my leaguemates. And I would have stopped working to get my name on that trophy. Just once.