The 2019 Projections Like These Players More Than You Do

The idea of ranking fantasy baseball players in a preferred order seems fairly simple, but it is also a very valuable practice. As my drafts get into the later rounds, I’m often left looking over the scraps that remain at a certain position. It makes me sad until I see that there’s one player in there that is ranked highly in a list of fantasy rankings, and I realize that I may have found a diamond in the rough. Usually, at that point, someone else drafts him before I get a chance, but player rankings are valuable tools to have at your disposal regardless.

I started publishing my own rankings a number of years ago. In order to construct them, I rely on using some advanced statistics, expected stats (xStats) from the prior year, and referencing my sleeper articles. I then start diving into my projections to find outliers in there as well. When that whole process completes itself, I’m left with a nicely ordered list of my preferred players that season.

I’ve been publishing my rankings at FantasyPros for five years now, and taking part in their draft expert accuracy challenge. In three of those years, I’ve finished in the top 10 in the nation with my rankings and I currently stand at #6 over the past three years there. According to those multi-year rankings, I typically preform well when it comes to starting pitching in comparison to my peers. I say these things not to brag, but just as a reminder to you that my special little rankings have some proven value to them.

Outliers In My Rankings

There are about 50 other experts on FantasyPros with published rankings at the time of this article. Based on those consensus rankings, there are a number of players that I ranked quite differently than the pack. Let’s discuss some of them: 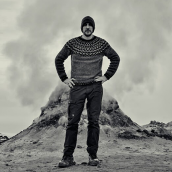 The Undervalued (and Overvalued) Pitchers of 2019

The 2019 Projections Like These Players More Than You Do